On Monday, November 2, 2015, the Employee Benefit Security Administration (EBSA) of the Department of Labor sent about 1,200 letters by email to filers of 2014 Form 5500 returns that did not properly include the report of an independent accountant. The emails do not constitute enforcement correspondence — that is, the letters are not Notices of Rejection of the Form 5500 filing and do not start the running of the statutory 45-day correction period.

However, the correspondence should be a warning that the DOL has the situation on its radar and put pressure on the plan sponsor/administrator and the benefit plan auditor to quickly wrap up the audit and file an amended 2014 Form 5500 report including the report of the independent accountant. If the 2014 filing is not perfected in the next few weeks, such filers should expect EBSA to issue formal Notice of Rejection letters, which will be sent via express delivery service (e.g., USPS or UPS). These letters generally will be directed to the plan administrator named on the filing and will indicate that the 45-day statutory correction period has begun.

If you have additional questions regarding QuickBooks or QuickBooks files, please feel free to contact the professional you work with. 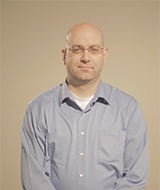 David or Dave is your stereotypical accountant who enjoys what he does. Dave has done some of just about everything in public accounting from financial statement auditing to tax compliance to pension design and administration.

Latest posts by David Cash(see all)

David Cash on Itemized Deductions (Video)
When Is My Retirement Plan Required To Have An Audit Performed?
How will 2015 Legislation Impact Your Social Security Benefits And Choices?