Those with large retirement plans may have received a notice from the Department of Labor (DOL) about a missing plan audit report. If you’ve received this notice in November about the 2014 Form 5500, you need to take immediate action. 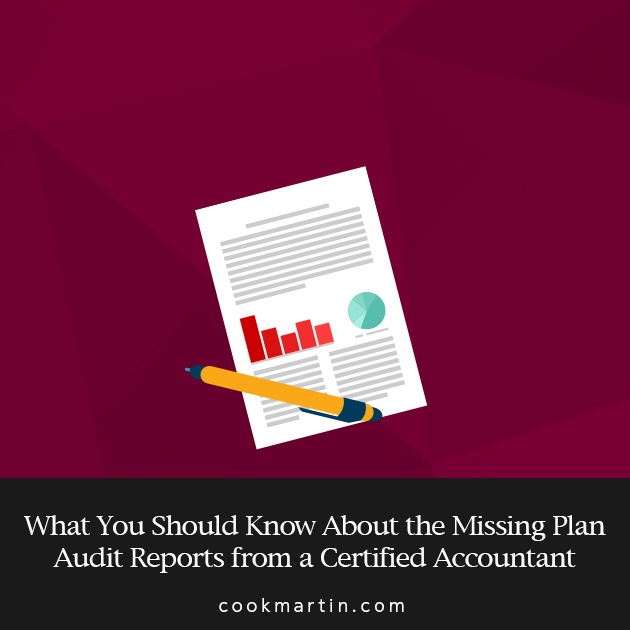 This blog post explains everything you should know about responding to this notice.

The Missing Certified Accountant Letters are Not Notices of Rejection

On November 2, 2015, the Employee Benefit Security Administration (EBSA) of the DOL sent out roughly 1,200 email letters to people who filed the 2014 Form 5500 returns without the report of a certified independent accountant.

The form is used to satisfy annual reporting requirements per Title I and Title IV of ERISA and under the Internal Revenue Code.

The DOL has clarified that the email is not considered an enforcement correspondence. This means that the letters are not considered Notices of Rejection for the filing of Form 5500.

Because the letters are not Notices of Rejection, the statutory 45-day correction period hasn’t begun.

According to the DOL, this type of email is usually sent to either:

In most cases, if practitioner/filer rules were followed, the email will be sent to the practitioner.

Even though the letter is not an official notice, it should be seen as a warning that the DOL plans to take further action regarding the missing plan audit reports.

Therefore, it’s important for the plan sponsor or administrator, as well as the benefit plan auditor, to expedite the audit and file an amended 2014 Form 5500. This document should include the report from an independent accountant.

EBSA Will Soon Send Out Notice of Rejection letters

If quick action isn’t taken to file an amended 2014 Form 5500 report with all proper documentation, filers should expect the EBSA to start issuing formal Notice of Rejection letters.

These will be sent out via express delivery and are usually directed to the plan administrator. The letters will indicate that the 45-day statutory correction period has now begun.

If you have any other questions about what documentation is needed, arrange to speak with the certified accountant who will deliver the missing plan audit report.

Common Payroll Mistakes and How to Fix Them
How Are Social Security Benefits Taxed?
Conversion of a Sole Proprietorship to LLC
Understanding the Tax Implications of Buying or Selling a House
How to Get Started with QuickBooks Online
10 Tax Strategies for Business Owners
Business Taxes You Need to Pay if You Own a Farm
The Benefits of Working with an Accountant in Your Farming Business