Important Changes To How The Department Of Labor Defines Employees

Many companies are busiest during the warmer months of summer, which usually means hiring workers. Recent changes in labor law and enforcement increases the importance of classifying workers correctly and obtaining required documentation from independent contractors.

The Department of Labor’s Wage and Hour Division issued a memo last fall clarifying the Fair Labor Standards Act's (FLSA) definition of employ, which was “to suffer or permit to work.” This broad definition widens the scope of the employer-employee relationship, and should be applied when determining whether the people you employ are employees or independent contractors. The DOL is aware of businesses routinely misclassifying employees and has implemented these changes in an attempt to increase tax revenue as well as to keep an even playing field for businesses and ensure worker’s rights.

(A) the extent to which the work performed is an integral part of the employer’s business; (B) the worker’s opportunity for profit or loss depending on his or her managerial skill; (C) the extent of the relative investments of the employer and the worker; (D) whether the work performed requires special skills and initiative; (E) the permanency of the relationship; and (F) the degree of control exercised or retained by the employer.

*A longer discussion of these topics can be found here.

Along with the more inclusive definition of employee, the DOL has instated an “Employee Misclassification Initiative” to work with states to identify businesses suspected of misclassifying employees to avoid paying payroll tax. Penalties have also increased with the Trade Preferences Extension Act beginning in 2016, and can be as much as $500 per violation if they find intentional disregard.

The above items should be considered before hiring, and workers should be given all required paperwork before they start work. If using a contracted worker or company for more than $600 request them to fill out a W-9 form to get the information required to send a 1099-MISC in January of the next year. Don't forget to ask them for their insurance information, contractor’s license number, and business license number (not required for taxes, but a good idea).

If you have any questions on employee classification please contact a CPA at Cook Martin Poulson, PC by clicking the button below. 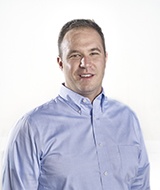 Trevor started at Utah State, but received his bachelor’s and master’s degree from the University of Utah.